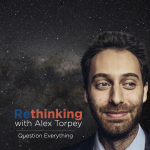 Join Alex for this Bonus Discussion with former  Maine state senator Justin Chenette as part of the special series: On Running for Public Office.

Justin is most recently a two-term state senator for Maine’s 31st legislative district. Previously he served two terms in the House in Maine, which he was elected to in 2012 as one of the youngest state legislators in the country at age 21, and also as the youngest openly gay legislator in the United States.

Justin has and still is really involved in local government and issues in Saco, Maine, and also heads efforts through an organization he founded called the Maine Democracy Project to build more civic engagement among young people. In this discussion, Alex and Justin dive into a bunch of really interesting topics such as tips on running for office for the first time and navigating dynamics with party bosses, how much value there is in learning about your community through non-political activities, how to influence/participate in local government and issues that are important to you, and quite a bit more.